Overnight
Mostly clear, with a low around 24. West northwest wind around 15 mph, with gusts as high as 20 mph.
Sunday
Mostly sunny, with a high near 45. West northwest wind 5 to 15 mph becoming southeast in the afternoon.
Sunday Night
Partly cloudy, with a low around 24. Breezy, with a southeast wind 15 to 20 mph becoming west southwest 5 to 10 mph after midnight. Winds could gust as high as 25 mph.
Weather forecast provided by weather.gov.
Search

Bump! Set! Spike! Volleyball season has begun and our MHC Wolves started us out with a strong victory against Sandhills Valley and Paxton on August 27th!

I interviewed Coach Armstrong about the coming season: when asked how she thought this volleyball season was going to go, she replied, “I’m really excited that we’re able to be in the gym,” stated Coach Armstrong, “it’s also been really awesome to see the progress of all 14 girls on the team so far this season.”

Coach Armstrong was then asked about how she felt about the game on August 17th. She answered, “Both our JV and varsity teams started strong with their wins over Sandhills Valley and Paxton. However, we also have lots of areas to improve and things to work on.”

When asked about the upcoming game on September 9th. She replied, “We’re looking forward to another week in preparation for the trip to Kansas for the triangular in Rawlins county with Southwest.” She went on to say, “It’s going to be a great opportunity to get more time on the court for our players.”

After interviewing Coach Armstrong, I decided to get a few words from senior volleyball player and student, Jaycee Widener. When asked how she felt about the game on August 17th, Jaycee said, “I feel like we showed a lot of hustle and focus. We started with JV who set a good tone for the night that continued throughout the rest of our games. We played really well as a team.”

By the looks of things right now, we’re going to have an amazing season and a powerful team!

The All-Conference teams for the Republican Plains Activities Conference (RPAC) were recently announced.  These honorees were selected by the coaches in the RPAC and are separated in to East and West Divisions.  From Maywood and . . . 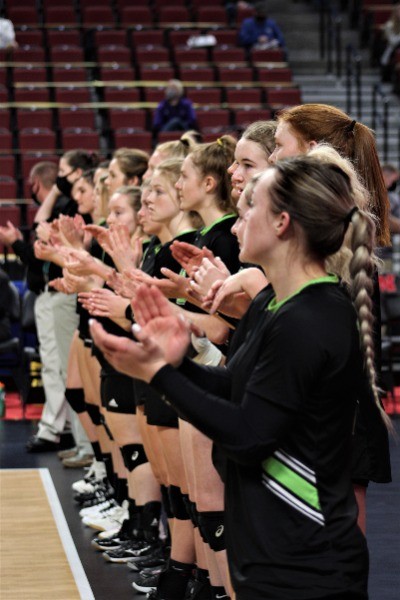 Our MHC Wolves had a spectacular volleyball season! Maintaining an undefeated record up until they qualified for state. We are all proud of them for representing our school at the state competition. In the end, they won 4th place and took . . . 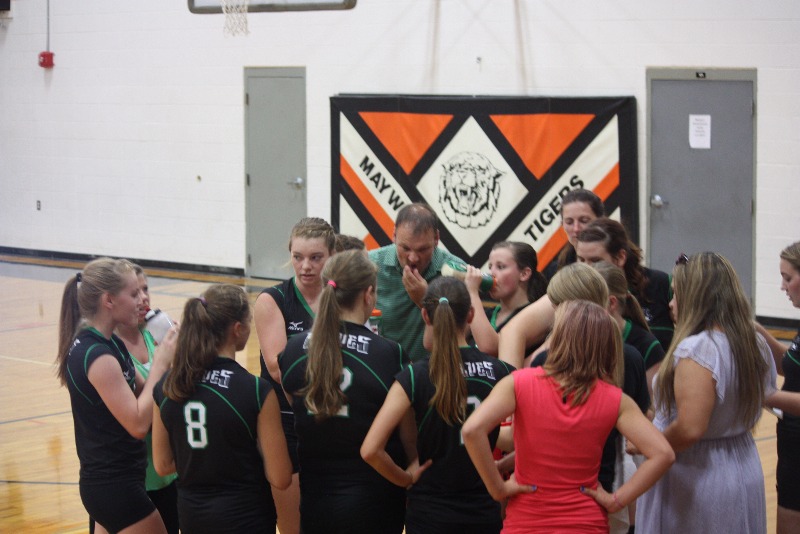 Start of Year Volleyball Highlights for 2015

Here is some highlights from the MHC Wolves' win against McPherson County.   Go Lady Wolves! 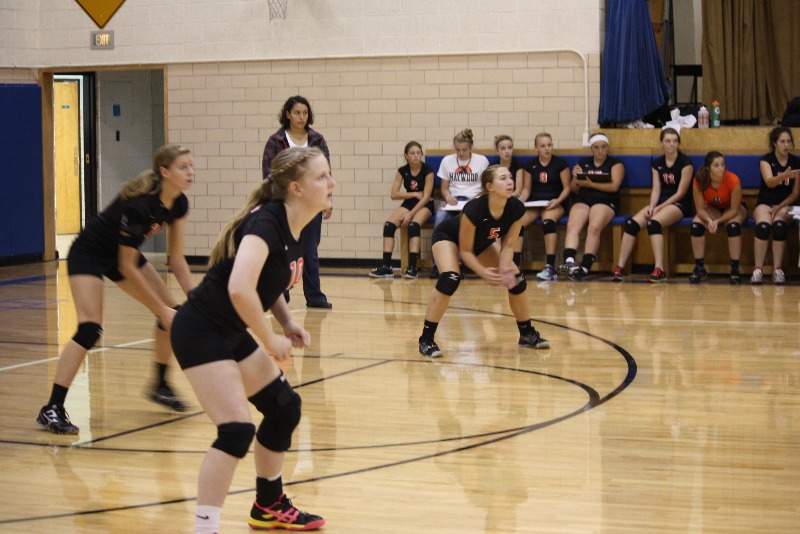 The tension in the air was palpable on Friday, September 5, as a fast paced game took place between the Maywood Lady Tigers and the Harrisburg Wildcats. The clock counted down the minutes until game time, and the Tigers used this time to . . .