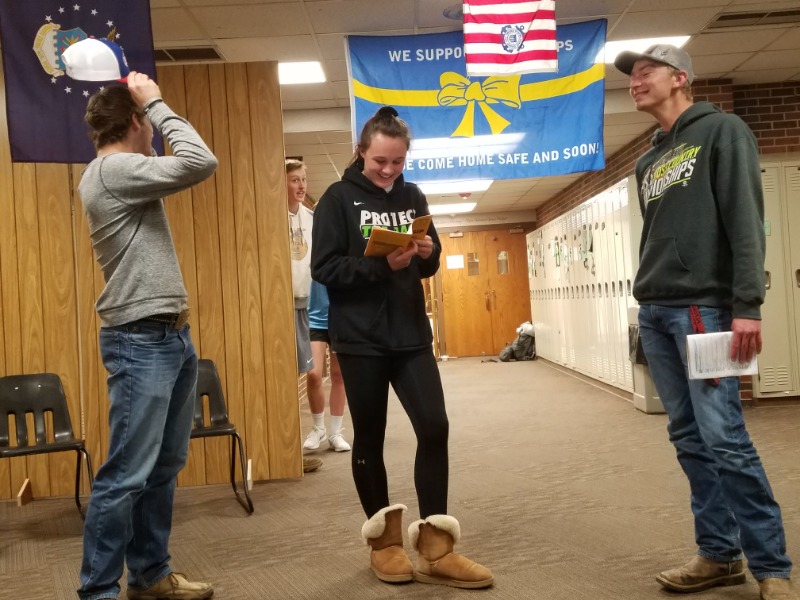 The 2018 One Act Play Members are preparing for their performance. The title of the play this year is called "Gossip."

Students will depart Maywood at 8:30 and travel to Bartley for RPAC One-Act, November 17. Setup for their performance starts at 1:45 with a 2pm performance. Other schools performing are Souithwest, Hitchcock Co., Hayes CEnter, Wallace, Dundy Co.-Straton and Paxton. Awards will be presented after the performances.