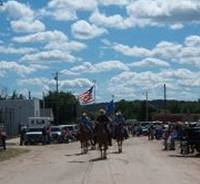 Have you ever heard of the small town of Wellfleet, Nebraska? While some people might say that is where the Wellfleet Fall Festival takes place every autumn, most people wouldn’t know what you were talking about. Even though Wellfleet only has 78 residents living in the town, it was practically booming in 1887 when it was established. The history of Wellfleet officially started when the railroad came through Lincoln County in 1886.

Carroll Hawkins, a Massachusetts realtor, had visions of a great future for southwest Nebraska. He invited his friend, Doctor Tomkins, a wealthy Englishman to come see the promising town site near Medicine Creek. It was located along the railroad, midway between Holdrege and Sterling, Colorado. They then began soliciting funds to build the town of “Wellfleet” which is named after Wellfleet, Massachusetts near Plymouth Rock.

An improvement company that included English, Canadian, and American gentlemen was formed for the purpose of building factories and mills on Medicine Creek. A dam was also to be constructed. When the railroad came through Lincoln County in 1886, the site for the future town was mapped and chosen the following year. The company’s property consisted of about 800 lots on 200 acres, which were priced from $100. They had business lots for $400, and farmland could be bought for $5 to $10 per acre. The Medicine Creek dam was to be 500 feet long and 30 feet high so it could form a lake four miles long. The hydraulic power was to furnish energy for mills, factories, and a beet sugar refinery which was to be built as soon as beets could be grown in sufficient quantity. A post office was established in 1887 and a depot and stockyards in 1888.

The “The Wellfleet Standard,” a newspaper published by Holton and Badford, reported in the December 26, 1889 issue that “The improvement company is building a two story hotel that would cost $10,000 and was to be the best hotel on the branch line. The company also donated a block for the school. ”The improvement company built many businesses and residences. Soon after, the village population grew to 400. The priority for settlers in the area was to establish homes for their families. Most houses were made of sod, logs, or in some cases dug-outs. Schools were next in line to be built in 1890. Church services were held in homes or the schoolhouse until after 1900.

Then, as suddenly as it had started, the boom was over. The construction of the dam had just begun, but the project was never finished; and the promised sugar refinery was never built. A prolonged dry spell that occurred in the early nineties was said to be the main reason that the promoters gave up especially after finding out that beets could not be raised without irrigation. Funds suddenly ran short and in the “money panic,” discouraged promoters returned East. Multiple buildings were moved to North Platte and the town’s population plummeted to less than 200.

The people that stayed loyal to the town seemed to never give up. The first bank was organized by the Ralston family from Farnam in 1908. After the Wellfleet Lake Company was formed, a dam was finally built in 1932. The building of the dam resulted in a two-mile-long lake for flood control and recreation.

Wellfleet’s population rapidly dwindled during the dust bowl days of the 1930’s and World War II when residents left for more lucrative jobs. Other businesses closed soon after the highway connecting McCook and North Platte was paved through Wellfleet in 1955. This made shopping and entertainment in the bigger towns more accessible. By the 1980 census, Wellfleets’ population was down to 83 residents. Today the community focus is on the annual Wellfleet Fall Festival. The village centennial was sponsored by the Community Club and was celebrated on the 13th and 14th of September in 1987. The village centennial was held in conjunction with the festival which drew over 1,500 people. Horse races were held on Main Street along with a free beef barbeque, rodeo, activities for all ages, and a parade. The fall festival has been a long-held tradition to the residents of Wellfleet and the surrounding area.

The authors of this article wish to thank Madeline Mousel Coder of Wellfleet, Nebraska, as most of the information for this article was taken from the article which she wrote and posted on the University of Nebraska-Lincoln Virtual Nebraska web site. To watch a video over Wellfleet go to:   https://www.youtube.com/watch?v=q4D55iE8IY0

Windmill in the middle of Wellfleet's 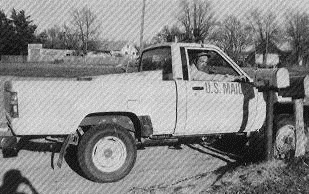